Welcome. Here you can listen to all of my releases and find links where to get it. As you can see, for many years I'm using my artist name Danylo, kinda like it. Anyway, my production is all House music with some breaks and Jazzy vibe. I started my music production hobby long time ago, and after I heard so much good music, I practically gave up and left it there. Now, in year 2016 I decided to pick it up where I left it, the reason is that I heard so much bad music online that mine sounds great to me. I suddenly became proud of my works, and I decided to share it with the world. Check it out. 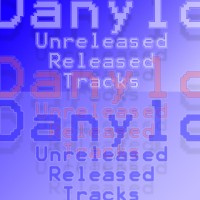 This EP comes with two old tracks Lost In The Sound & Bass Attack, now remastered for 2016, and also with three new unreleased tracks. First one is Let's Start Again, track was lost and finally found. It has that nice melodic synth that drives you into as it should, mixed with tight lounge house beats. Track is great for chill out sessions and lounge house party. We Are The Future was waiting to be finished for a long time, and now it's out there. It's a (almost electro) deep house, but still jazzy and mystic with complementing prophet vocal. Let's Go Now is also track that was lost and finally found. It's a funky tech house track with some strings attached, nice guitar breaks that are very catchy. This is your party track that nobody knows and only you have it.

Danylo - Before I Try 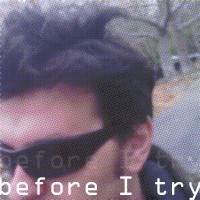 This is my 2nd release for my Deeper Link label, it's a EP with 8 tracks that I named Before I Try. With some spare time to work on my latest tracks that I started years and years ago, I finally focused and finished it. I worked on this EP only with Cubase, and I forced myself to work more on production tricks. If you compare it to my first release, I think you can feel and hear progress, and funkiness in my new production. It's gettin' better! For 2nd and 4th track I borowed some deep vocals and you'll recognize it for sure. Fifth track is happy little tune, and last two a little bit darker. I hope you'll find it interesting!

Read more: Danylo - Before I Try 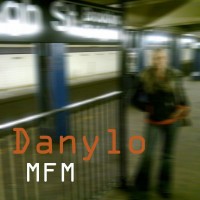 This EP has 3 tracks and 3 great remixes, we call it MFM (Music For Millennium), I did the music and Millennium (aka Milena Jelic) sang and I used some of her samples too. So, I mixed down 2 tracks and we've had one from the past, You Got Me Burnin'. We already released this one for IDJ website first CD compilation few years ago and we collected some good reviews. It's Gotta Be Deep is newer and story is funny because I used Milena's vocal sample 'It's Gotta Be Deep' that we recorded early for my radio show jingles, long time ago. But, the best thing is that we also have remixes for it, one produced by LeChe (ModernQuartet) and other from DJ Zlatan from Sweden ;) Excellent thing. And, Keep Holding On is our 3rd track that also has remix signed by maestro Vanjus (ModernQuartet). 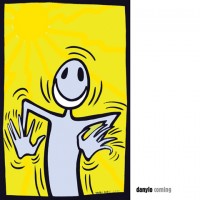 This is my first CD album that I made. Here you'll find collection of my first production works. When I entered into this world of electronic music production, first I wanted to catch up with latest music software and tools, and this would be the final result of my learning process. Track Coming is my first produced track that I produced and mastered. It all start to happens after I picked up some production tricks from my friends on RBMA when I attended in 2001. After one year of making music with tools such as Sony Acid, Reason and Cubase, I decided to finish it all and here it is, CD recorded in 2002. I wouldn't tell that I'm very proud of all of it, but some tracks are very good, some interesting, and some could be remixed again... Overall, I think it's better then many crap music that you can find online today. I also included remixes from Modern Quartet crew (Vanjus & LeChe) and Noise Destruction own DJ Z, Much respect!